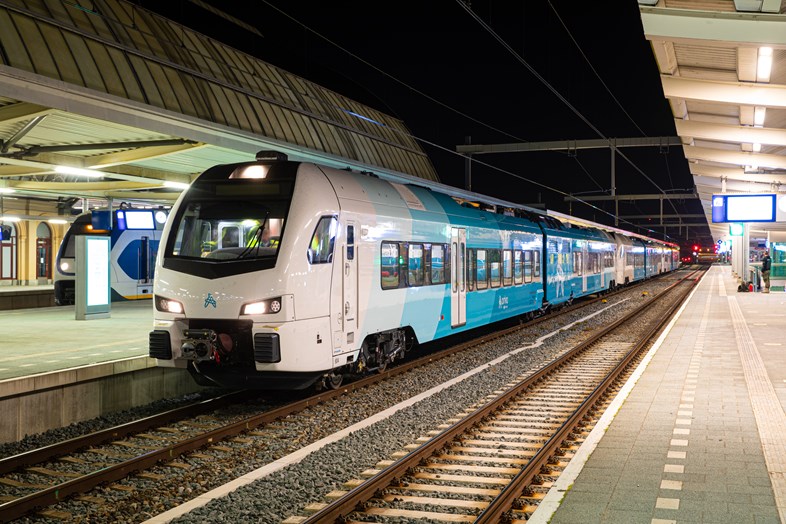 Arriva Netherlands is filing an application to operate regional rail Open Access night services, made possible by European legislation which has opened up new opportunities for operators this year.

In a unique move within the Dutch market, Arriva is applying for three new Open Access routes of which two will serve Schiphol Airport with night-time links from Groningen in the north-east and from Maastricht in the south, allowing travel by rail during the night for the first time and connecting with early morning flight departures. This has not previously been possible and has the potential to take cars off the road, reducing local airport traffic and pollution.

Domestic Open Access became possible for the first time at the start of this year, following the implementation of EU legislation and regulatory reform.  If approved, this could become the first domestic Open Access service in the Netherlands and Arriva’s first market outside of the UK to apply for domestic Open Access operations.  This operating model means the train operator carries all the associated costs and risks with the services, without any government concession.

Anne Hettinga, Managing Director of Arriva Netherlands and Arriva Management Board member, commented:  “This is a commercially smart way to bring benefits to passengers, connect the rural provinces with the urbanised western part of the country and allow our business to grow by making better use of our existing fleet of trains.  Furthermore, these services have the potential to grow the market and the usage of public transport by encouraging people out of their cars.

“We hope to be given the green light by the Authority for Consumers and Markets so we can develop our plans.  Open Access will be new territory for us but we relish the opportunity to enhance our passenger offering and add to our portfolio of public transport operations in the Netherlands.”

The proposal has been submitted for consideration by ACM in the Netherlands. If approved, Arriva could start running services in December 2022.

Arriva is a leading provider of passenger transport in Europe, employing around 46,000 people and, in 2020, delivered around 1.2 billion passenger journeys across 14 European countries. Arriva is part of Deutsche Bahn (DB), one of the world’s leading passenger and logistics companies, and is responsible for DB’s regional passenger transport services outside Germany.