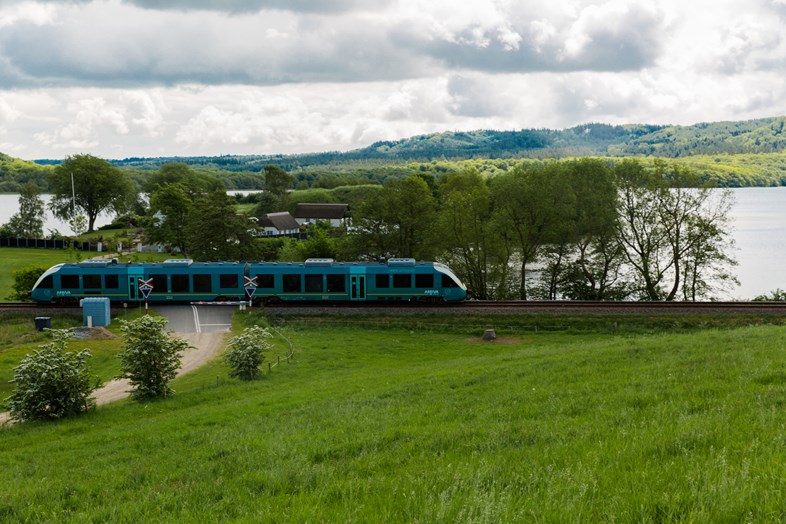 [London, 11 December 2018] Arriva has retained its contract to operate the only rail network put out to tender in Denmark and will take on the responsibility for the operation of two additional lines, increasing its Danish rail operations by a third. The new contract will begin in 2020 and last until 2028, with the option of a two-year extension.

The re-award of the contract means Arriva will run eight railway lines in total, including six lines it already operates in Mid and Western Jutland in mainland Denmark, as well as two additional lines currently operated by DSB - the Danish state-owned railway company.

Arriva has been operating rail services in Denmark for 15 years, with the Jutland contract currently constituting 13% of the Danish rail network. The contract re-award marks the third consecutive time the Danish Ministry of Transport has chosen Arriva to run rail services in Jutland.

Arriva is building on a strong track record of success. The punctuality record for 2018 has been at consistently high levels, averaging 99.2% across the year. Customer satisfaction is higher than it has ever been before. Earlier this year, the Danish Consumer Council awarded Arriva the ‘Passenger Pulse’ prize for its record in delivering first-class telephone customer service operations.

Contracting out to Arriva has also led to considerable savings for the Danish government. During the first contract period (2003-2010), it is estimated that Arriva saved the government €40.2 million, constituting 18% of savings. The second contract period (2010-2020) is expected to result in further savings.

“It's a fantastic achievement for Arriva to retain this contract and is testament to the focus and dedication of our team in delivering improvements to the quality of service we provide to our passengers, while delivering savings for our client.”

“A key ingredient for our success has been our ability to offer a value for money solution for our client. Throughout the current contract, Arriva has consistently delivered good punctuality, high customer satisfaction and excellent customer service. I’m delighted our strong track record in contract delivery has been recognised with the re-award of this contract.”

Arriva is one of the leading providers of passenger transport in Europe, employing over 60,000 people and delivering more than 2.4 billion passenger journeys every year.