Home > Media centre > News Releases > Arriva Blog: Putting our customers back at the heart of the railway

Arriva Blog: Putting our customers back at the heart of the railway 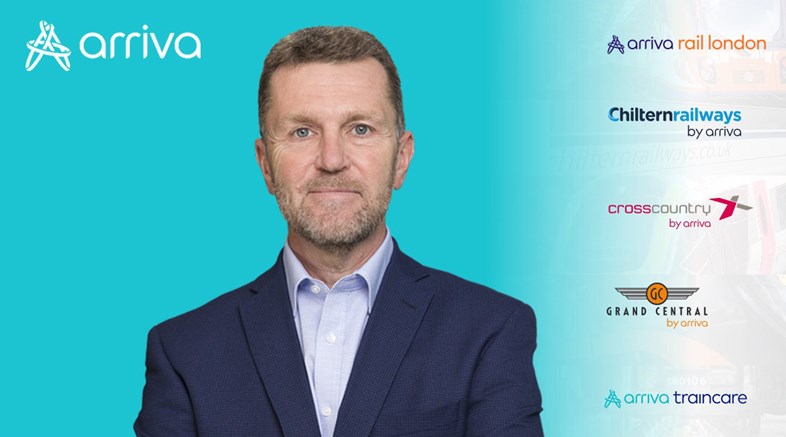 The tens of thousands of passionate men and women that work on Britain’s railways have much to be proud of. In the years since privatisation, passenger numbers more than doubled before Covid-19 and the passenger experience has been revolutionised with thousands of new trains with the latest onboard services. Throughout the pandemic also, our people went above and beyond, enabling key workers to make vital journeys and keeping people and communities connected. I firmly believe that the railway exists to serve its passengers and keep communities connected, in good times and bad. That is why I was delighted to welcome the Williams-Shapps Plan for Rail.

The Williams-Shapps Plan for Rail has been described as the biggest shake-up of the industry in over 25 years. One thing that is clear from the Plan is the commitment to placing passengers, our customers, back at the heart of the railway. The Plan’s sharp focus on the needs and expectations of passengers, is exactly what is needed to rebuild trust and make the railways more customer-centric. The Government announcing measures to respond to changing travel patterns is also an important first step that will help to encourage passengers back to rail and stimulate new customer growth in the long-term, this is good news for customers and taxpayers.

Also, it’s been heartening to see how the Government has recognised the leading role that private sector operators, like Arriva, have played in delivering passenger growth and innovating to improve the customer experience.  The Plan has confirmed continued, and in some cases, an enhanced role for the private sector going forward. The railway began as a privately-led passenger-focused enterprise, but those early pioneers lacked a coordinated national plan or ‘guiding mind’. It is fitting that this passenger-focused spirit has been revitalised, but this time with a publicly facing, coordinating body, Great British Railways, dedicated to seeing to it that the expectations of 21st century customers are met and exceeded. If we don’t provide punctual and reliable quality services in our day-to-day operations, we will not be rewarded, and that is the way it should be.

Arriva has been involved in the UK’s railway for most of the time since privatisation in the late 1990’s and has built up a tremendous body of experience in that time. We now operate all the different models currently in use on Britain’s railways; from the purely commercial, open access model with Grand Central, and high performing franchises such as CrossCountry and Chiltern, through to the successful concession model, or passenger service contract, operated by Arriva Rail London, better known as the London Overground.

The London Overground model is a prime example of what it is possible to achieve with the right public/private partnership between an experienced private operator and a mature and able passenger transport authority like Transport for London.  The achievements on the Overground speak for themselves. Working with TfL we’ve helped deliver cleaner and safer stations, punctuality and reliability that is regularly one of the best performers, excellent customer service, with team members regularly recognised for going the extra mile and we’ve rolled out state-of-the-art new trains across the capital. We were delighted that the highest levels of Government, through the Williams-Shapps Plan, have recognised the sustained record of delivery that our partnership with TfL has delivered and made the concession model a central pillar in the Plan to improve the railways. This shift will provide a set of unequivocal priorities that should shape many of the new contracts expected nationwide under the Plan.

There is a great deal more detail to be thrashed out around these new plans and there will be changes down the track, but we look forward to working alongside Government and Industry colleagues to help to deliver reform at pace for the benefit of our customers and wider society.